Concrete is one of the most common construction materials as it’s affordable and durable. However, they are porous, and water can penetrate concrete causing damage and deterioration, which is why waterproofing of concrete buildings and structures is essential to avoid water from seeping inside buildings and/or preventing water from leaking out of where they’re supposed to be contained such as swimming pools and concrete water tanks.

What Is Cementitious Waterproofing

Cementitious waterproofing systems are used for basements and walls of buildings and homes, swimming pools and water tanks, balconies and verandas, tunnels and underground vaults, water treatment facilities, elevator pits, bridges and dams, subway and railway system, cargo ports and docks, parking structures and lots, and are even used as bonding agents between old and new concrete layers. Any structure with a concrete base uses cementitious waterproofing. 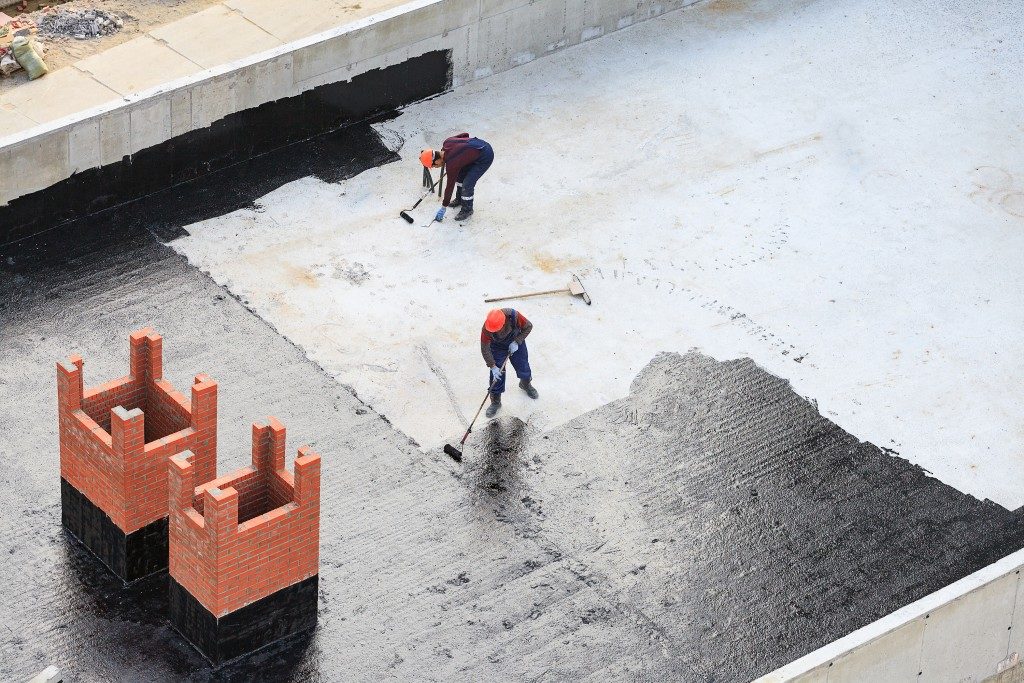 Crystalline. Crystalline Cementitious Waterproofing systems are composed of cement, quarts or silica which are specially treated (thus “crystalline”) and chemicals. Once combined with water, it creates a crystalline structure that fills the pores, cracks, and capillaries in concrete which disallows water from seeping through them. These can be used on the positive and negative sides of concrete structures.

Flexible. Flexible or polymer-modified cementitious waterproofing systems are two-part cement based polymer coatings that are highly flexible (thus the name) and elastic. This type has increased adhesion but is also breathable, which means that any water vapor from the concrete won’t get trapped and cause any blistering. This type of coating is mostly used for water storage tanks, basements, swimming pools, and pumping stations, and any other structures that are constantly in contact with water.