There is no doubt that people all over the world have been affected by the pandemic. However, there is another group of individuals that need attention—migrant workers.

At present, the International Labour Organization estimated that there are approximately 244 million migrant workers worldwide. As the ILO Director-General, Guy Ryder, had said, they make significant contributions to the social, economic, and cultural development of their host countries and countries of origin. Unfortunately, these contributions often go unsung. Thus, we must look at their conditions and what can be done to change the status quo.

Hardships of Migrant Workers Amidst the Pandemic

Businesses and factories that ceased their operations when COVID-19 hit also had to lay off migrant workers. They were one of the groups severely hit by this crisis since they are suddenly unemployed in foreign countries with relatively higher living costs. They face severe financial challenges, which mean a shortage of food supplies.

Most low-skilled migrant workers usually live in shared rooms in crowded dormitories where it is much harder to practice physical distancing. Thus, migrants suffer from increased health risks compared to the natives who have their place and can easily do home quarantine.

Since migrants are all caught up in a foreign country amid a global crisis, they also battle uncertainty. Most borders have been closed. Governments are also making an effort to help them go home. However, there remains the fact that they left due to economic reasons. There is also no guarantee that when they come back, a paycheck will be waiting for them.

How Do They Cope Up? 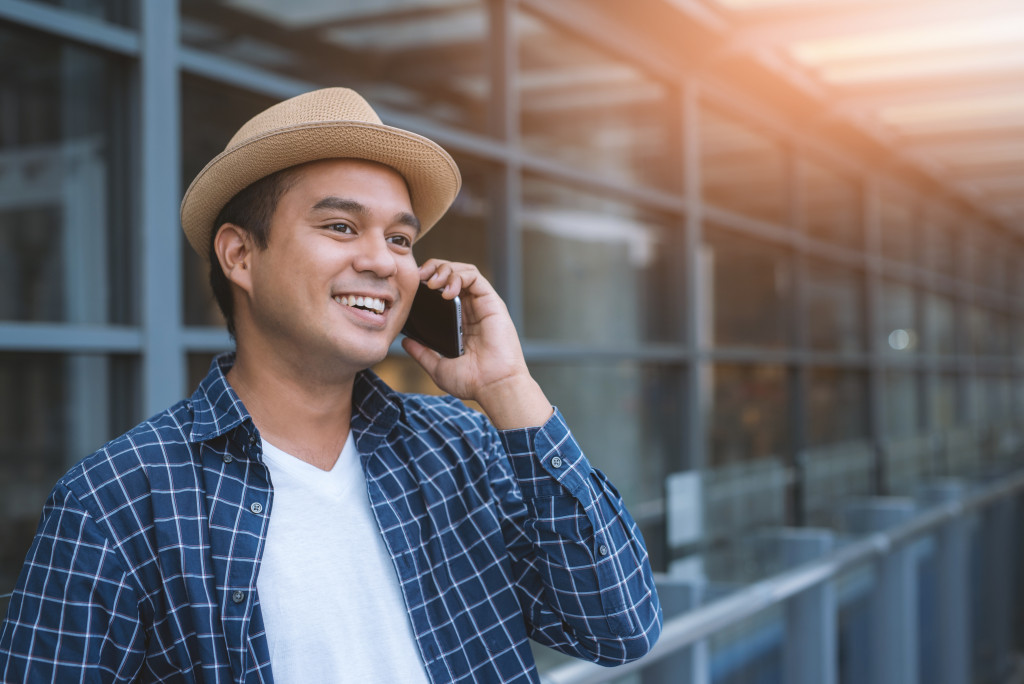 Overseas workers also form communities where they can remain grounded to their origin and receive comfort from others in the same position. They are also crucial in helping those who have recently moved learn about their new country and assimilate well, especially when the cultural difference is overwhelming. These communities are also a support group when calamities or unfortunate events happen.

Staying connected is crucial to the emotional and mental health of migrants who brave through the pain of being afar to provide for their families. Aside from voicemails, chats, and video calls, other migrant workers also have another way of staying connected.

To ease the pain of being afar, overseas Filipino workers (OFWs) often send their loved ones a package with all the things they bought from their host countries called a balikbayan box. The U.S., U.K., and U.A.E. are just some of the countries that offer this shipping option that help bridge the distance in these trying times.

What Can be Done?

Every migrant has a different background. Some came all by themselves while others, with their families. It is important for the policymakers, people in authority, or companies they work in to identify the issues and come up with appropriate courses of action and policy responses.

Testing and treatment are made available to the most vulnerable groups: the elderly, people with comorbidity, and frontliners. However, migrants should also be given more attention. A large portion of those infected are migrants, so to alleviate and eventually stop the spread, they must also be prioritized. Financial or legal barriers should be removed. Some companies also take part in the solution and offer private vaccination for their migrant employees.

As mentioned, some laborers are jam-packed in the provided dormitories. Seasonal workers also find themselves in difficult work environments, e.g., meat processing factories, making them more vulnerable. Migrant workers’ housing and employment conditions must also be improved to avoid spreading the virus.

Aside from the economic impact that the pandemic brought to the migrant workers, they are also confronted with emotional stress from discrimination from some natives. Hence, they should raise awareness within the community. Companies must also embrace inclusivity now more than ever.

Migrant workers usually opted to fly and work in other countries due to unemployment and increasing poverty. In the choice they made, they benefit not only their families but also their host countries and the country they came from. Yet, they make up a considerable portion of those infected with the virus.

We can never survive a pandemic until all are cured of it. One infected migrant worker can instigate another surge of cases worldwide. We should never disregard migrant workers; they are just as important as those in the front lines.