“This is the one that Alexander Graham Bell gave me.” This is the hilarious quip from Mr. Warren Buffet, the 7th wealthiest person in the world, when he showed off his old 20-dollar Samsung flip phone during a media interview. He has a net worth of $74.8 Billion, perhaps even a little more extra change when his phone needs to be brought to a local phone repair center.

The Oracle of Omaha, quite obviously, does not need any more money. He can certainly afford the latest iPhone but has no interest the latest gadgets except that his multinational conglomerate holding company Berkshire Hathaway actually owns 5.5 percent of Apple. So, if he has all that money, why does he keep using an old cellphone? Does he dislike having to learn how to use a newer gadget or is he really that frugal?

The grandfatherly business and investment mogul is really an enigma. Books have been written about his quirky ways and certainly about his frugality. Studying his ways more closely, one would realize and understand certain personality traits that have helped him become a billionaire and one of the most successful businessmen of all time.

Frugality as a Tool for Financial Success

The 89-year-old head of one of the largest corporations in the world once had a car license plate that read: “THRIFTY”. He is not ashamed to be known as a very economical kind of guy for a multi-billionaire. ; In fact, he drives that old town car with the self-deprecating vanity plate to the nearest McDonald’s restaurant to get his usual drive-thru breakfast. He usually orders the two-sausage patties because that is the cheapest in the menu for just a little over two dollars. On days that he wants to splurge a bit, he may order the bacon, egg, and cheese sandwich which sets him back by a little over three dollars. He does this every single work day before going to the office.

After a full day’s work, he’d again drive himself home to his five-bedroom property in Central Omaha. He still lives in the very same house he bought back in 1958. It’s a very modest home for one who’s consistently on the Top 10 Bloomberg’s Billionaire Index. He once said that he is a cheap guy, and he is very glad where he is now in his life. He once said that: “My life couldn’t be happier. In fact, it would be worse if I had six or eight houses. So, I have everything I need to have and I don’t need anything more.”

Psychologists and business analysts say that frugality helps entrepreneurs and tycoons to remain sharp when it comes to money. They don’t overspend and engage in needless luxury, preferring to remain practical and focused on growing the business and not on acquiring expensive toys and stuff for showing off. Instead of feeding their ego by flaunting their wealth, they would rather lead their companies and show positive results in terms of profit. 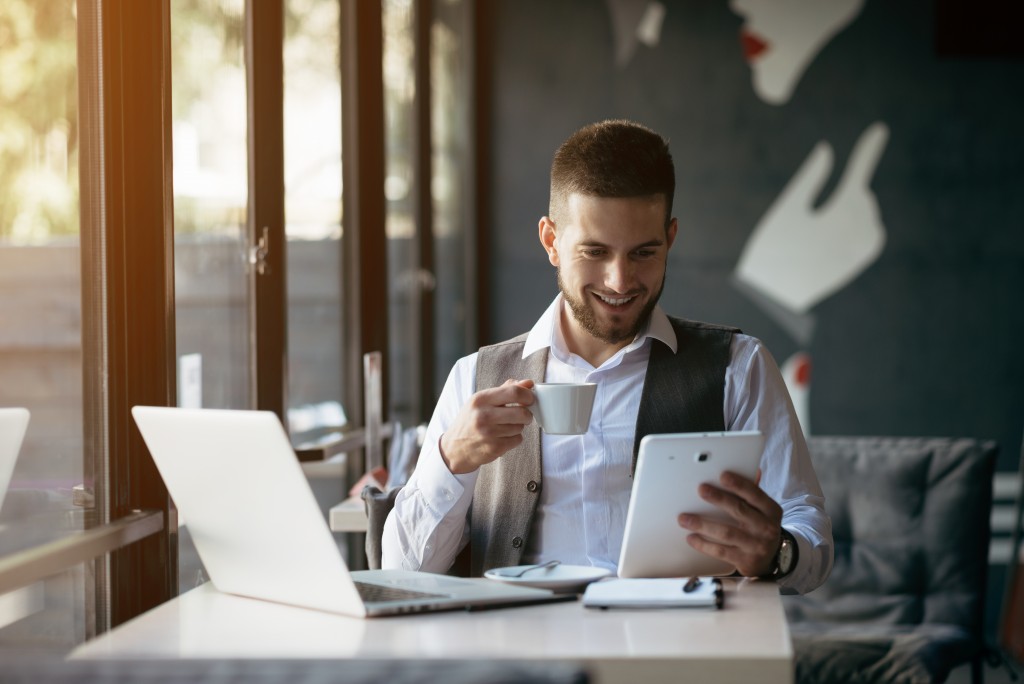 People think that heads of the top corporations spend most of their time in serious business meetings and negotiation tables. Some even believe these tycoons travel around the world in jets all the time to attend ribbon-cutting ceremonies in newly opened mega-factories or high-rise offices. For Mr. Buffet, at least, this is far from reality. He actually spends at least six hours a day on reading. For the super successful investor, being a voracious reader is one of the keys to victory in the stock market. By devouring information and new ideas, he is able to integrate various perspectives and process new ways of looking at issues. For him, reading is also a time for deep thinking, which is another essential skill or attribute of a good leader.

The time spent in flipping page after page, and investing time to understand the message of a book is an exercise that helps Buffet avoid rushing things. Being impulsive can ruin a business since decisions are done without reviewing details of an issue or a project. While all good businessmen know how to take risks, they also place equal value on research, study, and analysis—skills that are learned naturally from having a habit of reading. Reading as a hobby also helps Mr. Buffet retain his skills at reviewing data, comparing information, and reading between the lines of a sentence or paragraph to understand what is being said and what is not being said. This level of sensitivity in written communication translates well to studying financial charts and figures.

A Wise Investor Is a Careful Investor

As an investor, the Oracle of Omaha only has two rules: Rule Number One, never lose money. Rule Number Two, make sure to follow Rule Number One. To follow his own rules, Mr. Buffet spends a lot of time reading reports and charts. In fact, many years ago when he was just starting his business, a neighbor once asked Mr. Buffet how he gets things done when all he does in the morning is to read a newspaper. Unknown to the curious neighbor, Mr. Buffet always allotted time in the morning to look at the business and finance section of the newspaper to check developments in the stock market and other areas of business where he had significant holdings or financial interest. Taking time to study how the markets move, understanding factors that affect the highs and lows of stocks, and which industries have the most potential—all these he learned through diligent study. While he may have had mistakes here and there, for the most part, his careful way of investing has benefited him very well all these years.

These traits have served Mr. Buffet well, and those who imitate him might someday find themselves on the cusp of success. Through frugality, reading, and careful investing, people can develop their really potential and become better businessmen and women in the mold of Warren Buffet.