Anyone who’s ever been to Utah or anywhere else in the world will never miss those big glitzy signs. These humungous billboards sell almost anything, from Broadway shows in NYC to Oriental wines in Japan.

They also underwent some evolution. Today, one can already find dozens of signs bearing unique designs, thanks to technologies like laser cutting in Utah. It provides precision, accuracy, and flexibility that it can cut even the trickiest shapes and sizes.

But then, does one ever thought about how much sign advertising has changed around the globe? To get a glimpse of its advancements, let’s try to look back.

It Starts with the Romans

In reality, no one knows for sure how sign advertising began. It’s understandable as people back then didn’t record everything. Perhaps one of the pieces of evidence that stood the test of time dated back to Pompeii.

Pompeii was an ancient Italian city that met a tragic end when Mount Vesuvius erupted and froze virtually everything with ashes and debris. Today, the archaeological site offers a treasure trove of the early life of the Romans.

These included how they advertised. In one of the excavations, the archaeologists discovered that people communicated a lot in written form. They wrote inspiring quotations and friendly messages on the stucco walls.

Meanwhile, politicians scrawled on the same walls their electoral messages. Some bore only their name and desired office positions. Others closely resembled those of modern times. That is, they listed some of the noteworthy attributes that hopefully could help them win.

From England to the United States

Fast forward to the 1700s, and other parts of the world learned about marketing as well. The United States was one of them. It began in Philadelphia, which published the first newspaper before it moved to New York. The city that never sleeps was the first to put up an electric sign. 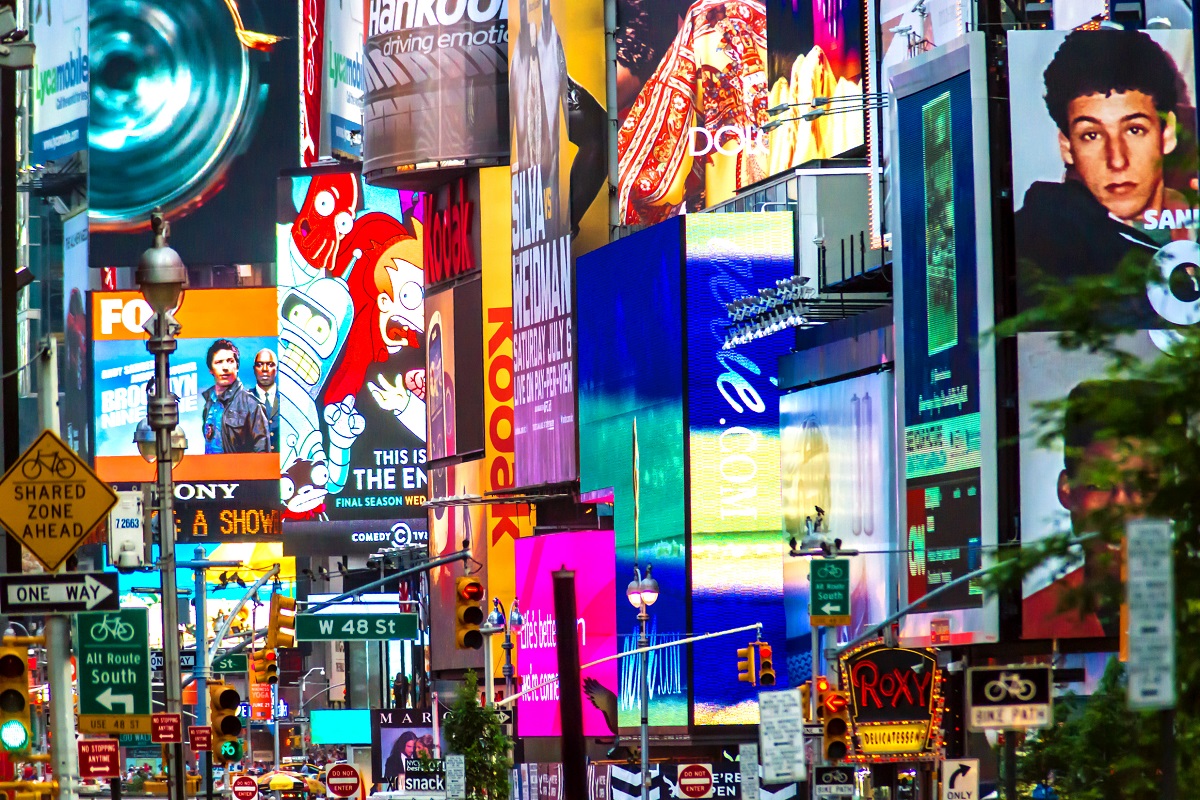 In Utah, the history of advertising thrived when Mormon settlers arrived. It isn’t surprising as the origin of religion was in New York. However, it was during the leadership of Brigham Young that journalism blossomed in the state.

The religious leader procured printing press equipment and received them in 1849. Since then, they released hundreds of newsletters to its members. Non-members, meanwhile, created their own. Their long-drawn journalistic battle eventually gave birth to newspapers like the Salt Lake City Tribune. Like other papers, they too survived through the years by publishing ads.

From Neon to the Present

It was also in the seventeenth century that two scientists discovered something that would change sign advertising forever. They isolated a few more noble gases, which then became the foundation for a French engineer’s work. Georges Claude developed glass tubes that could trap the gases. With some electricity running through them, they could make these tubes glow in different colors. The neon signs appeared.

Over the years, different modes of advertising came. First, there was radio followed by television. Then, in the 2000s, the world experienced the dot-com boom. Advertisers now spend a significant budget for online marketing.

To keep up with the times, sign advertising also changed. From the neon lights of Vegas, today, one can already see LEDs that highlight fancy shapes bearing logos and names of brands.

No one knows what the future holds—how sign advertising will look like in the next thirty years. One thing is clear: as long as people are around, marketing will exist.