For decades, European countries have relied heavily on crude oil and petroleum products for their energy consumption. Today, that still rings true despite fluctuating consumption and decreased crude oil production.

In the US, while there was a low consumption of petroleum products in 2020, that still amounted to an average of 18.12 million barrels per day (b/d), as per US Energy Information Administration records.

However, in both regions, the transportation sector continues to be the largest consumer of petroleum products, followed by the industrial sector.

Crude Oil and Its Derived Products

Crude oil, or petroleum, is a fossil fuel refined to create different fuels, including diesel, kerosene, and gasoline. It is the largest major source of energy in the US. The country’s total annual energy consumption depends on producing electricity, heating buildings, and propelling vehicles.

In the industrial sector, petroleum takes on a different role as the petrochemical industry processes it to create raw materials. It is used to make solvents, polyurethane, even plastic, and many other products.

Crude oil and all its products are composed of hydrogen and carbon organic compounds called hydrocarbons. The four major classes of hydrocarbons differ depending on the amount of carbon in their molecular structure. Many of them, unfortunately, end up in the soil, causing health and environmental problems.

When present in the soil or water, petroleum causes hydrocarbon contamination.

Small-scale contamination can be directly caused by spills, car accidents, or leaks. Often, contamination can occur in high-traffic areas like roads and parking lots. When accumulated, hydrocarbons in these areas can spread to surrounding oil when it rains.

The Deepwater Horizon event in the Gulf of Mexico in 2010 is a perfect example of large-scale contamination. The largest hydrocarbon contaminations in the world were caused by the industrial sector. They are the result of various industrial processes such as storage (leaking storage tanks), extraction (like what happened in the Deepwater Horizon event), and mostly transportation (pipeline leaks, shipping accidents, or train derailments).

Effects on Human and the Environment 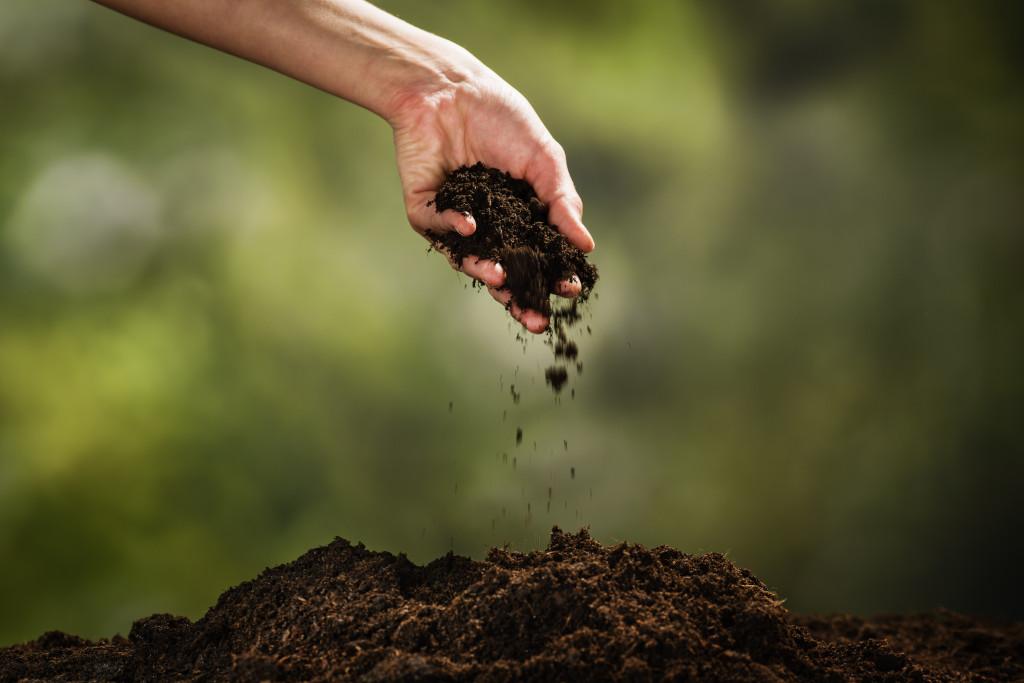 Hydrocarbons can pose a risk when humans inhale fumes from contaminated soil. In some cases, especially in children, contaminated is ingested. Many types of hydrocarbons can be readily broken down by the body into less harmful products. Some, however, are carcinogenic.

Several hydrocarbons that can cause cancer include xylene, ethylbenzene, toluene, and benzene. They pose the highest risk to human health when present in drinking water. Because of the compound’s mobility, it can be transported from the soil to sources of water.

The biggest impact, however, that petroleum hydrocarbon has is on the environment. It affects soil health even at the lowest concentrations, harming beneficial soil microorganisms that plants need to survive. When there is high contamination, there is no vegetative growth. It also poses a risk for plant-eating insects, wildlife, and grazing livestock.

Some petroleum products have a sticky and thick consistency. They can clog the soil, making it difficult for air and water to seep in and, in the process, killing plants. In oil spills in ocean waters, these types of petroleum can kill marine life.

Remediation is the process of reversing or stopping the environmental damage caused by industrial processes and activities. There are currently different remediation technologies used for contaminated soils based on the scale of contamination.

For small-scale contamination, it is best to simply leave them alone. Natural degradation can take place as soil microorganisms consume them. Digging up, piling it, or tilling it can reintroduce oxygen into the soil, which encourages microbe activity, speeding up the breakdown process. Adding nitrogen fertilizer and keeping the contaminated area warm can also increase microbe activity.

For large-scale contamination, however, some companies provide remediation services such as biopiling and landfarming. Contaminated soil can also be heated to allow the combustion of hydrocarbons. It can also be treated with chemicals to speed up the degradation process. Still, the processes used today are not enough. There is still too much hydrocarbon contamination in the environment.

According to the National Nanotechnology Initiative, nanotechnology, or nanotech, is the technology, science, and engineering conducted at the nanoscale, which is 1 to 100 nanometers. Together with nanoscience, the two focus on the application of nanoscale objects in various fields and industries.

The nanosponge can be leveraged for remediation processes in hydrocarbon-contaminated soil. It is a highly thermal conductive sponge that transforms recovered hydrocarbons into useful products, serving as a micro-upgrader in the process. It is a patented technology that absorbs
hydrocarbon using low-energy microwaves.

Scientists today continue to search for alternative methods to remediate contaminated soil. Nanotechnology, however, is a highly viable option worth considering.