The demand for professional home cleaning is high, especially during the COVID-19 pandemic. Research and Markets estimates that this industry will likely achieve a compound annual growth rate (CAGR) of 6 percent between 2021 and 2026.

It won’t be surprising. Besides more people putting more importance on a clean house, home cleaner services have been stepping up, introducing innovations from processes to technology to do the job efficiently at the least amount of time.

Some, though, still believe that too much cleanliness can do more harm than good. This might have stemmed from the concept of the hygiene hypothesis.

What Is the Hygiene Hypothesis?

The hygiene hypothesis was developed to explain the dramatic rise in allergy and autoimmune diseases since industrialization. The hygiene hypothesis suggests that our modern obsession with cleanliness and prevention of infectious disease is actually changing how we develop, leading to increased rates of immune-mediated disease such as allergies and asthma.

This change is being driven by reduced exposure to microorganisms, which have been found to influence immune maturation. It makes us less likely to mount an exaggerated pro-inflammatory response when exposed to pathogens.

How Does the Hygiene Hypothesis Work?

There are several hypotheses about exactly how this might be happening. But most revolve around the idea that there is a critical window of immune maturation, which is particularly dependent on exposure to microorganisms and regulatory T cells (Tregs).

It has been found that children of farmers exposed to a more diverse array of microbes than their urban counterparts have increased numbers of Treg cells. Everyone has some level of Treg cells. They work by “turning off” the immune response allowing for an appropriate inflammatory response.

Excessive inflammation can cause damage and organ dysfunction. The hygiene hypothesis suggests that people with allergies and asthma may lack adequate levels of Tregs. It then results in the exaggerated inflammation we see in these conditions.

The first line of evidence supporting the idea that microbial exposure influences development comes from studies of animals raised in germ-free environments. For example, mice born and raised completely sterile do not develop the ability to fight off certain types of infections acquired by their counterparts. The same is true for animals born sterile but allowed to acquire microbes after birth. 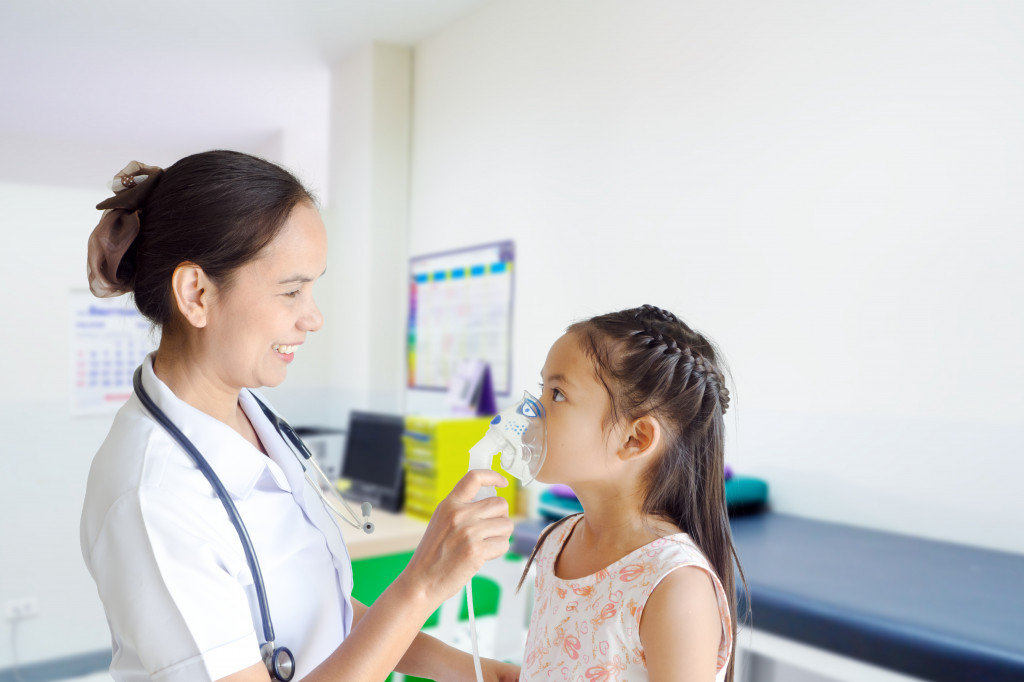 Humans are obviously more complicated than mice. But studies have suggested that exposure to microbes influences things like immune maturation and responses to vaccines. A recent study found that farming children who had been exposed to farm animals also were less likely to wheeze when they were older.

The effect was even stronger if they lived on a farm where they had contact with actual farm animals. These results are supported by other studies that suggest exposure early in life may provide a protective effect.

What Types of Exposures Might Influence the Development of Allergies and Asthma?

The primary focus has been on farming and pets. But there is no reason to believe other potential exposures would not also play a role. It could be as simple as playing in dirt or even taking trips to the zoo – anything that exposes us to a diverse array of bugs.

Some studies have suggested that early daycare might lead to increased risk for asthma, which makes sense based on the hygiene hypothesis. Kids at daycare are exposed to a wide range of germs from different children from different families.

In fact, another study found that low-dose exposure with penicillin actually helped protect against allergic disease by suppressing IL-4 production, an important factor in the development of allergies. But it’s important to remember that this effect was only seen with low-dose penicillin, the kind you would get if you were exposed to strep throat or old-fashioned childhood diseases like rheumatic fever, not high-dose penicillin given during surgery.

When Did People Start Being Afraid of Dirt?

It’s hard to say when people started being scared of germs and cleanliness, but there are certainly examples throughout history of cultures that have different preferences for cleanness.

For example, traditional Japanese culture has “clean” homes filled with tatami mat floors. In fact, there is evidence that certain infectious diseases have been largely regulated by cultural preferences for cleanliness.

In other words, disease epidemics often follow waves of public health campaigns attempting to improve hygiene and sanitation. During the early 1900s, several European communities were ravaged by typhus epidemics following major efforts to clean up the cities.

But Is It Just about Microbes?

This question brings us back to one of our earlier points. Things like vaccinations can play a role in increasing susceptibility to allergy and asthma and overzealous cleaning/disinfection practices. This is an active area of research, but convincing data has been hard to come by.

Most of all, one has to remember that the hygiene hypothesis is what it is – a theory, not a fact. What is clear is that a dirty environment can still increase the risk of diseases like asthma. In other words, cleanliness remains one of the best ways to avoid triggering an immune response in the first place.