We probably all know a boss or colleague who can deal with any type of personality (no matter how off-putting and abrasive) and negotiate their way out of an office standoff with ease and confidence. You see their ability to minimize frustrations when solving problems and almost always succeeds in crafting a solution that works for all parties. Let’s be honest: We want to be like them.

What we’re seeing is a personality trait that would serve you well in both work and everyday life: assertiveness. Many of us have been conditioned to think that we need to be nicer to get ahead in life, and that still holds water. Friendly people are more liked, respected, and make everyone feel better. But nice people also tend to be pushovers and avoid conflict like the plague. I’m not saying you need to be a jerk, but even nice people have to be assertive once in a while.

If someone says or asks for something unreasonable, the usual impulse is to retaliate in kind. Instead of letting your aggressive part take over, you might want to practice active listening. Focus on what they are saying, instead of how they are saying it. Let them talk, collect all the information you need, and ask questions later.

Active listening allows you to point out specific arguments instead of reacting defensively without direction. When you do have to make a response, hone in on mistakes or defects in their reasoning. Do not attack their character, or you lose the high ground.

2. Learn how to refuse someone 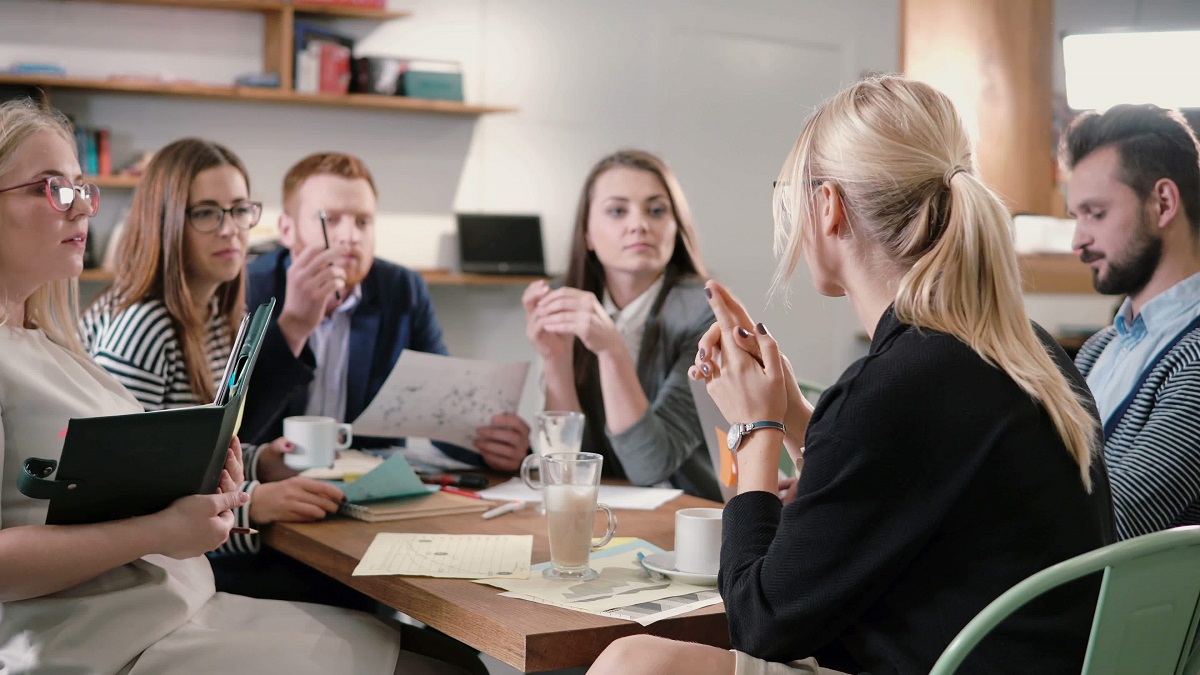 Many people have difficulties with refusing a request because they lack the proper words or fear that they might come across as mean or unfriendly. The word “no” usually has a negative connotation, but there are ways to get the point across without sacrificing your self-respect or clout in the office. If you don’t know how to say “no,” you might find it harder to gain other people’s respect.

There are steps to a positive refusal. First, you thank the person who made the request. Always start with positivity as that sets the mood of the following conversations. Next, stall and distance yourself from the request. You could say that you have to check with someone first before making a decision. Make sure to give them a time frame for your decision to make it sound sincerer. Finally, present your counter-offer. Find an alternative that works for you and the other party.

Saying nothing can work to your advantage, especially in group settings. Most people want to align themselves with the dominant group and attack those who disagree with the prevailing opinion. Instead of trying to change their mind, listen to what they have to say, and voice out your opposition without elaborating.

These things will help you become more assertive in the workplace. It can be challenging to navigate workplace politics, and even the most rational among us can blow their gasket, given the right situation. The trick is to find your balance and put yourself first when dealing with others.